Drink up more than a hundred years of local beer history with this new WYES documentary BIRTH OF THE BREWS: A HISTORY OF DIXIE BEER .

Hear the story of Dixie Beer from its beginnings in 1907, when New Orleans was considered by many to be the brewing capital of the South. Dixie was one of nearly 50 breweries operating at the turn of the 20th century and became one of the most popular, along with Jax, Regal and Falstaff. Dixie called itself “The One That Would Rather Be Best Than Biggest” and by the late 1970s, it was the only major local brewery left. Its survival story – through Prohibition, bankruptcy, Hurricane Katrina and its 2017 sale to Tom and Gayle Benson – makes its rebirth even more special. The program features classic jingles and commercials from some of the best-loved local beers including a 1970s Dixie Beer TV commercial featuring local icon Pete Fountain and his father, who was a Dixie delivery truck driver. 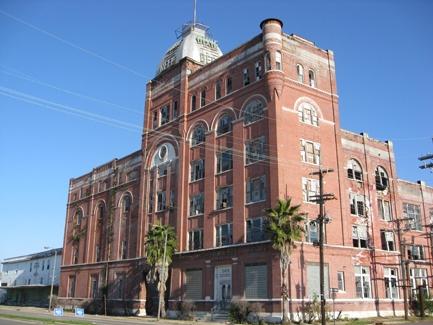 INTERVIEWED IN BIRTH OF THE BREWS: A HISTORY OF DIXIE BEER

Interviews include Dixie Beer and New Orleans Saints and Pelicans owner Gayle Benson, as well as Dixie co-owner Kendra Bruno. Bruno and her husband Joseph helped keep the brewery alive in the 1980s and 90s as well as after Hurricane Katrina when the beer was brewed out of state. BIRTH OF THE BREWS: A HISTORY OF DIXIE BEER Is made possible by the Producers Circle, a group of dedicated viewers who support local programming.