Informed Sources…Fridays at 7PM & Sundays at 9:30AM

From politics and politicians, to education, business, the environment, local events and history, media panelists discuss the news and offer their opinions in this weekly half-hour program. Moderator Marcia Kavanaugh and Producer Errol Laborde are joined weekly by varying panelists including regulars Stephanie Grace of The New Orleans Advocate, Kevin McGill of the Associated Press, Mike Perlstein of WWL-TV, Gordon Russell of The New Orleans Advocate and freelance business journalist Kathy Finn.

To view the latest episodes of INFORMED SOURCES and STEPPIN' OUT, head to the WYES YouTube channel:

Stream on the WYES app: 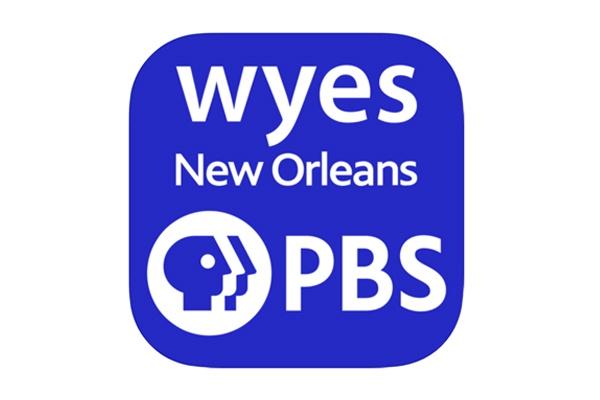 The year was 1984. The World’s Fair was the biggest local news story at the time. Dutch Morial was halfway through his second term as the city’s mayor and Edwin Edwards was just starting the second of three terms as governor. With those stories as the backdrop, a new public affairs program and local reporters’ roundtable made its debut on WYES — INFORMED SOURCES.

The founder of INFORMED SOURCES, moderator Marcia Kavanaugh, will reminisce about the program’s beginnings and early years. She and longtime INFORMED SOURCES producer and panelist Errol Laborde will also look back on 35 years of news stories that local print and broadcast journalists have analyzed on the show during its history. WWL-TV executive producer and local broadcast historian Dominic Massa will also join the discussion of the show’s history with archival clips from previous shows.

In more than 1,500 episodes aired during the past 35 years, INFORMED SOURCES has welcomed dozens of Louisiana print and broadcast journalists to the table on Friday nights to discuss the news of the week gone by and the week ahead as well. The format is simple but the program has developed a strong local following with a particular interest in local and state politics and business. Since Hurricane Katrina, a “Future Watch” segment with reporter Dawn Ostrom has highlighted recovery-related issues, trends and new projects on the horizon.

INFORMED SOURCES was inspired by “City Desk,” a program with a similar format that ran on Friday nights for seven seasons from 1971 through 1978. It featured States-Item newspaper editor Charles Ferguson as moderator and reporters from the newspaper as panelists. Kavanaugh, a New Orleans native and former WDSU news anchor who was working as a freelance producer and reporter, was recruited by WYES program managers to revive a “City Desk” style program. INFORMED SOURCES premiered at 6:30 p.m. on February 3, 1984. Kavanaugh was the host, with former TV and radio reporter Elizabeth Curren conducting in-studio interviews with newsmakers. “We plan to be an informative and timely show,” Kavanaugh told The Times-Picayune shortly before the debut show. “We hope for banter going back and forth so people feel they can be as candid as possible.”

Errol Laborde, who in 1984 was serving as associate editor of Gambit, was an early panelist and before long became associate producer and then producer. He has served as producer and regular panelist for nearly all the program’s 35 years since.

By the show’s second month in March 1984, Times-Picayune TV critic Bob Wisehart told readers it was “worth a look,” saying it had “quickly evolved into a good broadcast. Kavanaugh and Curren move it (the show) along briskly. If you get a chance, tune in.”

Kavanaugh left the program in 1985 and was first replaced by former network TV correspondent Richard Anderson and then by her former WDSU colleague Warren Bell, who served as moderator of INFORMED SOURCES from 1985 through 1987. In 1987, Larry Lorenz, chairman of the Department of Communications at Loyola University, joined the program as moderator, a role he held until 2013. Kavanaugh, who by then was back at WYES serving as its Community Projects producer, rejoined INFORMED SOURCES as moderator. 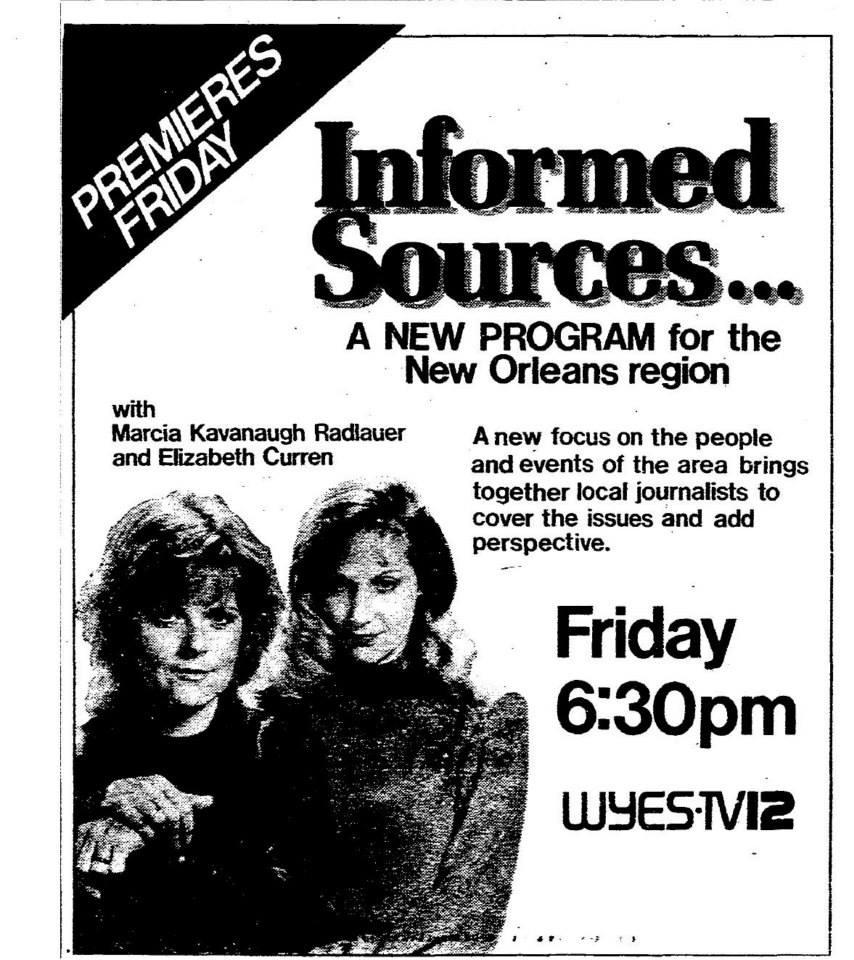 INFORMED SOURCES was inspired by “City Desk,” a program with a similar format that ran on Friday nights for seven seasons from 1971 through 1978.

All views and opinions expressed by program participants are solely their current opinion and do not reflect WYES, its affiliated associations, or the program sponsor.